A big nothingburger, despite what you may have seen on the Fake News (who were clearly tipped off in advance, the craven cockroaches). The FBI raided my studio this morning and arrested me as if I were some kind of terrorist on charges stating I have repeatedly triggered multiple government officials “and other VIPS” in violation of federal law.

I thought it was the pizza delivery guy. They kicked open the door after one knock – then tossed in a stun grenade and it worked. I was stunned. When I came to, I was in jail. It wasn’t long before they took me before the judge and my court-appointed attorney had already arranged for bail.

I think I got lucky with this lawyer…he seems like a real go-getter, even though he’s an older gentleman. I see fierceness and bold purpose in his eyes. So that’s a huge relief.

Now I need to come up with the 500 whole dollars he fronted for my release. The feds obviously suspected I was a flight risk to pin me down for that kind of dough. But I hate to travel. I never sleep well in a strange bed and McDonald’s tastes the same everywhere you go. No, no. I’m back at home, like always. Where all my stuff is.

But trust me, I’ll never roll over against my favorite President, ever. And I’m still journalisming too. So we’ll see you in court, Mssrs Rosenstain and Muler! You pussies have picked on the wrong guy! 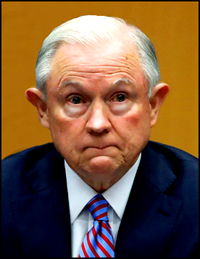